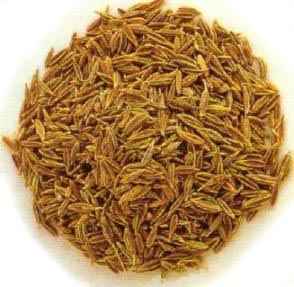 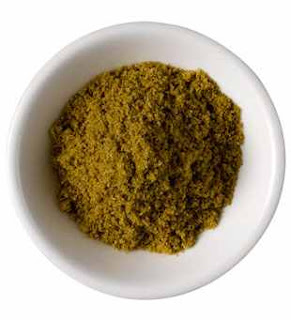 Historical Background:
Cumin has played an important role as a food and medicine and has been a cultural symbol with varied attributes. Cumin is native to Kemet (Egypt) and has been cultivated in the Middle East, India, China and Mediterranean countries. In ancient Egypt, cumin was not only used as a culinary spice, it was also an ingredient used to mummify pharaohs. Cumin was also mentioned in the Bible as a seasoning for soup and bread, and as a currency used to pay tithes to the priests.
Matthew 23:22 - "Woe to you, scribes and Pharisees, hypocrites! For you tithe mint and dill and cummin, and have neglected the weightier provisions of the law: justice and mercy and faithfulness; but these are the things you should have done without neglecting the others.
- New American Standard Version (1995)
During the Middle Ages in Europe, cumin became recognized as a symbol of love and fidelity. People carried cumin in their pockets when attending wedding ceremonies, and married soldiers were sent off to war with a loaf of cumin bread baked by their wives. Cumin's use for fortifying love is also represented in certain Arabic traditions in which a paste of ground cumin, pepper and honey is thought to have aphrodisiac properties.  I know a woman who calls cumin the “sexy spice”.
Description:
The cumin seeds have a striped pattern and are boat shaped that tapers at both ends. They are pungent and slightly bitter with a rather sharp taste. As it is quite a powerful spice, it should be used sparingly in dishes as too much of cumin can overpower the entire dish.
Cultivation:
When the ground is warm, sow cumin seeds in drills about 15 inches apart and 1/2 inch deep in their desired location. Seeds should be planted where the plants will reside and other than keeping down weeds required no further attention.  Cumin thrives on rich, well-drained sandy loam soil.  The plant needs mild temperatures during a three to four month growing season, and intolerant of long periods of dry heat.
The plants mature in about only two months and will soon be ready for harvesting. Stems should be cut and dried in the shade.
Storage:
Dried Cumin seeds are best kept whole and should be stored in air tight containers and placed in a cool dry place like your pantry away from sunlight. Ground cumin loses pungency faster than whole seeds. I suggest storing seeds whole and grinding them before use.  Cumin seeds can be stored for up to six months.
Suggested Use:
Cumin seeds can be used whole for tempering lentil dishes or for flavoring soups and stews. They add a wonderful depth of flavor and smokiness to any dish.  Use sparingly as the flavor and aroma are very potent. The best way to use whole cumin seeds is to dry roast the seeds in a pan to bring out its unique taste and aroma. Dry roasting the cumin seeds will help in releasing the oils in the seeds and thus it will intensify the flavor. If you are going to use cumin seeds for tempering, then you need to first dry roast the cumin seeds. Then take a small pan and heat some vegetable-based oil that has a high smoke point such as grapeseed or coconut. Once the oil has gets very hot, remove the pan from heat and fry the cumin seeds with other whole spices like mustard and fenugreek. Pour this oil along with the spices into your soups and stews to give a whole new flavor dimension to it.

Benefits of Cumin seeds:
Iron
Cumin seeds are a very good source of iron, a mineral that plays many vital roles in the body. Iron is an integral component of hemoglobin, which transports oxygen from the lungs to all body cells, and is also part of key enzyme systems for energy production and metabolism. Additionally, iron is instrumental in keeping your immune system healthy. Iron is particularly important for menstruating women, who lose iron each month during menses. Additionally, growing children and adolescents have increased needs for iron, as do women who are pregnant or lactating.
Digestion
Cumin seeds have traditionally been noted to be of benefit to the digestive system, and scientific research is beginning to bear out cumin's age-old reputation. Research has shown that cumin may stimulate the secretion of pancreatic enzymes, compounds necessary for proper digestion and nutrient assimilation.

Cancer Prevention
Cumin seeds may also have anti-carcinogenic properties. Studies have shown cumin to protect laboratory animals from developing stomach or liver tumors. This cancer-preventive effect may be due to cumin's potent free radicals as well as the ability to enhance the liver's detoxification enzymes. Yet, since free radical scavenging and detoxification are important considerations for the general maintenance of wellness, cumin's contribution to wellness may be even farther reaching.

Posted by Unknown at 6:32 PM No comments: